Crazy People – How Your Values Shape Your Life 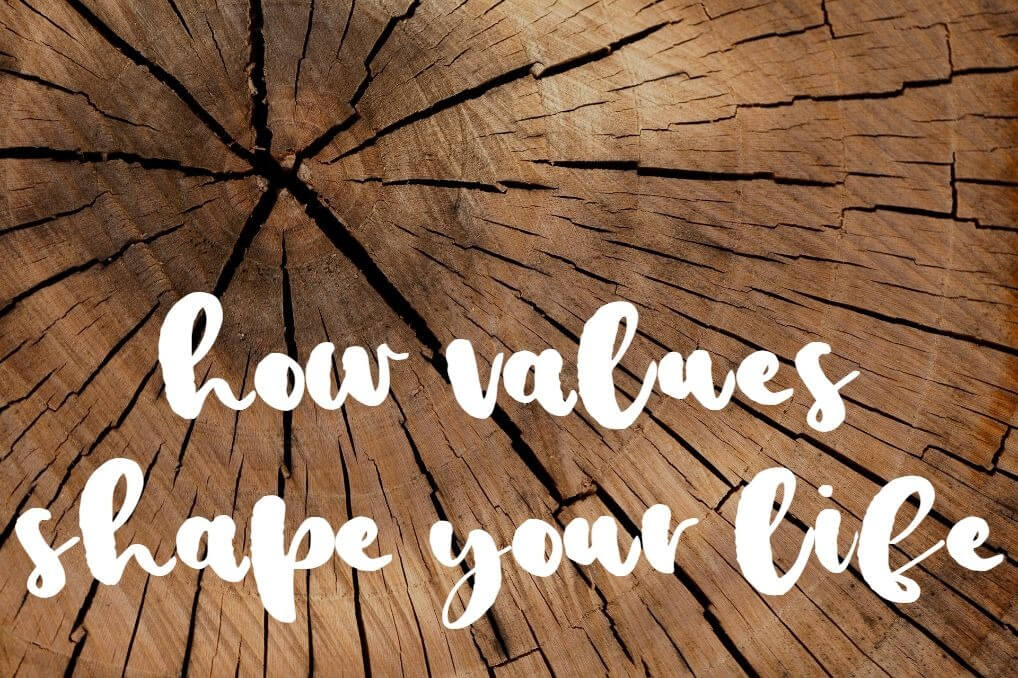 If you live in a big city like Berlin, you know there are quite some strange people around. There is one guy in our area – called the ice bear. The kids gave him this name because he always wears a shaggy white coat that looks like the fur of an ice bear. He is a big, strong man, with a tartan skirt, long hair, painted eyebrows, a sun-tanned face and usually he is sitting on a bench looking onto the river Spree. Sometimes he talks to passersby but most of the time he talks to himself. He drinks a beer or a soft drink and if he needs to … he quickly goes to the bushes close by. The ice bear is not a beggar and usually, he is a friendly fellow. But, one day we saw him standing up, running to the opposite side of the street, screaming and punching someone in the face. We were shocked but luckily, this someone was not a real person but just some kind of imaginary villain.

We have a friend – Max. Max is … well, we think he is normal. He leads a normal life, has a normal family and a normal job. He drives to work, sits in front of his computer, and after eight hours, he drives back home, eats dinner, watches TV and looks forward to the weekend. Sometimes, he goes on vacation. And, when we meet him he mainly talks about two things. First, about how much he liked the hotel pool during his last holiday trip. And second, about how much he hates his job.

Of course, this is our opinion and we assume most people in the Western cities think so too. But, what if we asked someone else. We thought about Lucy, a lady from Ethiopia. Unfortunately, she passed away … about 3.2 million years ago. Also, one of her possible descendants, a guy from Northern Italy, Ötzi, has died already … about 5,300 years ago.

Anyway, we are sure, if we could ask them, both would answer the ice bear is quite normal and Max is very, very strange.

Max sits in an artificial room with artificial light where sitting alone is very unnatural. He drives a vehicle much faster than the fastest animal can run. He eats strange processed food. And, he is hardly ever running to get prey, or in order not to become prey by himself.

Just to be clear here, if we take the entire history of the Homo sapiens – this is us – which is maybe about 200,000 years and put this into one hour of the clock, Max is considered to be normal only during the last four seconds.

That is fascinating, right? But, what is the point here?

First, “normal” very much depends on your perspective. And, second, we might not be as normal as we think.

Why Are People So Different Anyway?

Max and the ice bear live in the same area at the same time. Sure, there are certain circumstances. But, this is not all. There is another, deeper aspect too – one you are in control of. And this is … your values.

Max and the ice bear clearly have very different values. One of the core values of our friend Max obviously is “security”. He wants to earn money to support his family and he wants to have a safe pension when he grows old. This is so important for him that he is ready to sacrifice one third of his lifetime in a job that he hates.

For the ice bear, an important value seems to be “freedom”. He is independent and does not care too much about what other people think. He is doing just fine with his bench, a beer, a soft drink and talking to people from time to time.

How To Change Your Values?

The good news is that you can choose your values – in a way. Your values determine your behavior but your behavior can also determines your values. For example, if you would like to be more adventurous, start small. If you consider yourself an adventurer, pretend to be one and practice it with some mini-adventure exercises and you will eventually become an adventurer.

Therefore, we approached the ice bear and we asked what values were important for him. He just replied … he is happy. Note, that he is happy, not that he plans to become happy at some point in the future.

At the same time, he looked at us, as we were completely crazy to ask such a silly question.

And probably … from his perspective … he is right.

Check Your Own Values

We have created an online tool where you can find out more about your own core values.

Spread the love
Tags:crazyvaluevalues
previousDo You Remember Your Dreams?
nextA Crucial Ally for Reaching Your Goals: Your Inner Voice