Good Deeds Pay Back: The Happy Man and the Sea 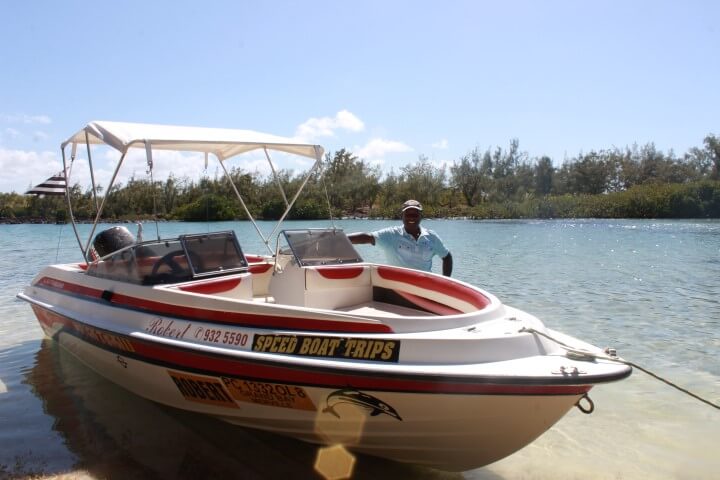 Give and you shall receive

Robert is a man in his fifties with a big smile living on the beautiful island Mauritius in the Indian Ocean. His grandfather was a fisherman, his father was a fisherman and his mother worked for little money in other people’s houses. When Robert turned 15, he got a job in a boathouse in one of the beach hotels where he helped guests with their water sports activities.

One thought always in mind

Earning 150 Euro per month, he often looked up into the sky watching the airplanes passing. He dreamed of being in one of these airplanes flying to the cities in Europe where the tourists came from. His mother always told him that one day he would be rich. Having no chance to save from his income, Robert thought maybe he would win the lottery or so.

He kept working diligently in the boathouse – for 30 years. Then in 2010, his life took an unexpected turn. He met a Frenchman from Brittany. The man caught some fish and asked Robert where he might get them cooked. Since Robert’s wife is an excellent cook, he offered that she could prepare the fish. The food was excellent and the Frenchman enjoyed it a lot. So, they were sitting together, drank some rum punch and talked about life and business until late at night. Robert mentioned that he could well have his own business if only he could afford to buy a small boat. He could then offer tours and homemade barbecue for tourists and earn his current monthly income of 150 Euro easily per day tour.

The Frenchman liked that idea and offered Robert to give him the money for the boat. Some days later the Frenchman was already back in France, while Robert was still dreaming about his own boat. At the end, however, he thought the Frenchmen just promised too much after having too much rum. But he was wrong. Still in contact, Robert chose a boat and the Frenchman indeed sent the check. It was a small boat, ideal for private tours with up to six people. Robert resigned at the boathouse. They even offered him a raise now to keep him, but Robert was on a mission. He started his own business.

And, the business was going great. Robert does not do advertising, he just comes to the hotel beach, 200 meters away from his old boathouse and politely talks to people. He gets a lot of recommendations and works flexible hours with Sundays off now – which has been rarely the case at the boathouse. The Sundays are reserved for church and family.

We took the tour with Robert on his boat. It was an amazing experience – the beautiful blue sea, the little island, the food and barbecue prepared by his wife, and, of course, Robert, the man with the big smile, emitting so much happiness and optimism. Robert is humble and honest and not looking for the quick, big business. He rather wants long-term relationships with his customers. He mentioned a mango tree that takes years to grow and to carry fruits, but to make it fall someone needs very little time.We asked Robert whether he thinks there is a reason behind his good luck. He said that maybe good deeds pay back and smiled. On the other hand, he also mentioned a hard personal loss the Frenchman has experienced. Maybe after that he also wanted to give back more.

How kind and caring Robert really is, we learned on the way back from our trip. Another boat, close to the shore ran out of fuel. They called their base, but nobody answered the phone. Not a big thing, they could have tried to reach someone else but Robert took the time to go back and get help (and fuel) for them. Then he even double-checked if all was OK. A bit later, Robert stopped again to fish a plastic bottle out of the water that was polluting his beautiful sea.

When Robert had generated some revenue, he offered the Frenchman to pay back the money for the boat but the Frenchman refused. They are still friends and Robert was invited to come to France, while the Frenchman paid for the tickets. This was when for the first time in his life Robert was in the airplane looking down onto his beautiful island Mauritius flying to Europe.

What did we learn from this?

It is not hard to pay things forward. It does not need a personal loss to do so and it does not need to be a boat. Think about all the small things that we all can do to make this world an even better place. And if it is just that plastic bottle we fish out of the sea.

And, whenever you should have the chance to be in the North of Mauritius, watch out for Robert. He has a flag of Brittany (the home of the Frenchman) on his boat. A trip with him is an experience you will never forget.

We are excited to learn what you think and and please do not hesitate to contact us if you should have and questions.

previousLike Surfing: Follow Your Inner Wave
nextLet’s Be Honest: Did You Reach Your New Year’s Resolution?